Current rates in New Jersey are 4.081% for a 30-year fixed, 3.587% for a 15-year fixed, and 4.017% for a 5/1 adjustable-rate mortgage (ARM).
Mortgage Rates See Biggest One-Week Drop in a Decade. Mortgage rates fell more in the past week than they have in any one-week period in more than a decade. The average 30-year fixed loan has dropped 22 basis points to 4.06%, while 15-year fixed loans are down 14 basis points to 3.57%, according to Freddie Mac.Mar 28, 2019
Compare today’s average mortgage rates in the state of New Jersey. Bankrate aggregates mortgage rates from multiple sources to provide averages for New Jersey. 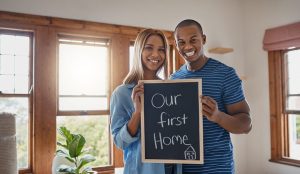 First-Time Homebuyers Get a Break With Lower Mortgage Rates

(TNS)—Economic gurus got one part of the mortgage forecast for 2019 correct. We’re certainly seeing a volatile year for rates.

What they didn’t see coming: Mortgage rates tumbled in March, the biggest one-week fall in a decade. Now—instead of seeing mortgage rates edge closer to 5.25 percent, as some had predicted we’d see in 2019—we’re looking at an average 30-year rate near 4 percent.

The rate drop comes just in time for the spring home-buying season and will make monthly payments less expensive.

“This drop in rates is going to give the housing market a boost,” says Bill Banfield, executive vice president of Capital Markets for Quicken Loans. “It could help to make people come back into the market and consider buying a home.”

Mortgage rates have fallen by a full percentage point since late 2018. Going back four months or so, most forecasts weren’t expecting mortgage rates to drop as low as 4 percent for borrowers, Banfield says.

“This is a surprise to a lot of people,” Banfield says.

By contrast, the average mortgage rate was 5.1 percent as recently as mid-November, which was a seven-year high, according to Bankrate.com. The average was hovering around 4.75 percent as 2018 drew to a close.

We’re talking about some real money here for homebuyers. Take a $200,000 mortgage. The mortgage payment for principal and interest would drop by about $120 a month if your rate is 4.1 percent instead of 5.1 percent on a 30-year mortgage, according to Greg McBride, chief financial analyst for Bankrate.com. For the mortgage alone, the payment would be about $966 month at the 4.1 percent rate. It’s sort of like getting more than one month free each year.

For a homebuyer who was priced out of the market last spring, the lower rates could help get them back in the game.

Being able to lock in a 30-year fixed rate near, or even below, 4 percent helps put some “wind in the sails of home buyers from an affordability standpoint,” McBride says.

This excerpt from :  RIS Media.com      TO READ MORE CLICK HERE

What Is A Credit Score?

Lenders want their evaluation to be as accurate, objective and consistent as possible. To help achieve this goal, home mortgage lenders use credit scores to assist in the underwriting process. Credit scores are numerical values that rank individuals according to their credit history at a given point in time. A credit score is based on past payment history, the amount of available credit, and other factors. According to Fannie Mae and Freddie Mac, two large investors in mortgage loans, credit scores have proven to be very good predictors of whether a borrower will repay his or her loan.

Credit scores are just one of many factors considered in the underwriting process. The lender will review the many components that make up the financial situation of a borrower. Even when a credit score is low, there are other factors that could overcome the negative credit issues and satisfy other underwriting criteria.

Click HERE to read more. As always, please feel free to call me anytime with your real 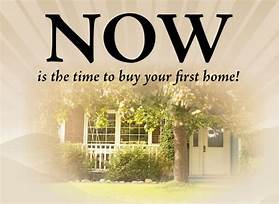 Though you may be willing to spend a certain amount, the real determination of how much house you can afford is driven by how much a lender calculates you can afford. So before you begin to search for the perfect house, it is very important to begin the homebuying process by getting preapproved. Getting preapproved for a home mortgage loan will provide you with a preliminary statement on the size of loan for which you can qualify. Knowing this, you can then focus your home search.

Visit my Website to read more and for adiitional information about obtaining a mortgage. Please feel free to give a call anytime for assistance with the home buying process!

Welcome to this move-in ready, 3 bed, 1 full bath home located in a quiet Glassboro neighborhood! Many features and improvements have been done to this home in recent years which makes for low-maintenance living! Features and updates include: updated bathroom, updated exterior paint, front porch and landscaping, updated kitchen with 42″ cabinets and a sunroom addition, windows with a lifetime warranty and custom blinds, a spacious 3-bay garage with updated roof and doors, newer pool and pool deck, and a new french drain and sump pump system installed in the basement. There is a partially finished basement which can be utilized as extra living space. There is an additional room in the basement which is being utilized as a wine cellar. The wood stove in the living room heats the majority of the home. The list of features goes on and on, and being conveniently located near shopping, schools and major roadways, this home has everything you could ask for. This home also qualifies for the HomeSeeker $10,000 grant program for First-Time Homebuyers. Schedule your private tour today to see the true beauty of this home!

Below is a link with a few handy tips for first time home buyers.

The most important thing you can do is hire a full time professional to help guide you throught the process. Please feel free to give me a call anytime. Whether buying your first home, 2nd home or making an investment I would be happy to assist. 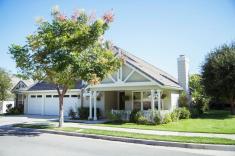 Question: What qualifies me to be a first time home buyer ?

Question: What are closing costs?

A: Closing costs are a fee charged for various items the lender charges. These fees are an additional cost that is added onto the amount of the loan. For example:  can include items such as loan processing fees, attorney’s fees, transfer taxes, title insurance costs, inspection fees, and more. You can ask for help with these fees in certain loan situations from the seller but still must supply your down payment for the loan.

Question: What is a seller concession?

A: When there is a seller concession in place, the seller will pay for part or all of the closing costs. Different loans offer different percentages that a seller can contribute.

Question: How much money will I need down?

A: This depends on what type of financing that you qualify for with your mortgage company. Each depending on credit score and down payment.

FHA loan requires 3.5% down and you will need to get private mortgage insurance.FHA does allow closing costs to be paid by the seller. A friend or relative can also gift the closing cost amount to the borrower.

Conventional Loan can be as high as 20% but are now lending with 5% and even 3%. Conventional loan borrowers making a down payment of less than 20 percent will need to get private mortgage insurance (PMI). The good news is that once you reach a loan-to-value ratio of at least 78 percent, you can cancel the insurance. The only way to not pay your closing costs out of pocket would be to include a seller credit as a contingency of your offer.

USDA Rural Development or USDA loans come with 100% financing. This means that no money down is required and closing costs can be either paid by the seller or financed into the loan. In short, no-money-down means the home buyer is typically not required to pay any out-of-pocket expense when the house closes. … No Closing Costs.